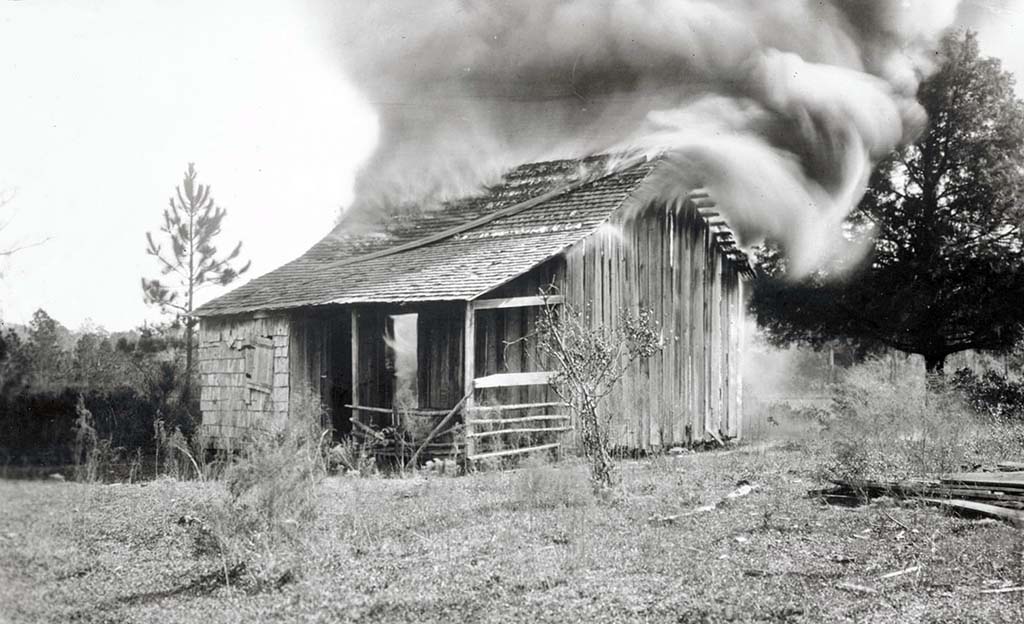 The Rosewood 1923 Massacre is one of many events in Black history that’s unforgettable. This historical event was among the few that changed the African-American community and influenced lots of other things that shaped the Black culture we see today. But what were the events that transpired on that fateful day in 1923? The Power Is Now will take you back in time and explain the events that unfolded in the settlement of Rosewood, Florida.

The Cause of the Massacre

The Rosewood 1923 Massacre, also known as the Rosewood race riot of 1923 is an event of racial violence that lasted several days, starting from New Year’s Day, 1923. Rosewood was predominantly an African-American Community after their White counterparts fled the town to neighboring towns like Sumner after the Timber industry, which was the major source of revenue of the town had collapsed.

The Massacre happened after a white woman in Sumner, Frances Taylor claimed that she was assaulted by a black man. Frances Taylor, 22 years old then who was married to an employer of Cummer & Sons James said that a black man came to her house through the back door and assaulted her while it was still dark. One of her neighbors confirmed that something had happened to Taylor after hearing her scream. As a result, she grabbed her revolver and ran to the rescue of Taylor, only to find her bruised and beaten. Taylor claimed that the so-called “black man” came for her baby but on reaching there, the neighbor only saw the baby and no one else. Taylor reported that she was only beaten and not raped, but the Whites misunderstood her report.

Although there was no evidence to prove her claims that it was indeed a black man that beat her up, the Whites in the neighboring town of Sumner circulated the rumor that Taylor was both beaten and raped by the Black man. Then, the rape of a White woman by a Black woman was condemned, and even the Ku Klux Klan (KKK) held a rally of over a hundred Klansmen away in Gainesville village, under a burning cross with the inscription, “First and Always Protect Womanhood”.

However, many believed, especially Sarah Carrier who was Taylor’s laundress that it was Taylor’s White lover that had beaten her up on New Year’s Eve. In a story that was said years later, Carrier’s granddaughter and grandson Philomena and Arnett Goins said that they saw a White man leave through the back door later in the morning before noon. The White man and Taylor got into a fight that day but the latter was beaten, although the injury inflicted wasn’t serious. The Carriers’ told the black community of Rosewood and they all agreed that Frances Taylor was having an extramarital affair. Sarah Carrier was reportedly absent on the day of the alleged assault on Taylor.

Sheriff Robert Elias Walker of Levy County investigated the alleged assault. However, his investigation became compounded after he learned that a black Prisoner Jesse Hunter had escaped from a chain gang – a group of black prisoners chained together to perform menial jobs as a sign of punishment. This system was popular in the Southern United States at that time. Walker believed that Hunter may have had a hand in the attack on Taylor, and as a result, launched a manhunt for him with dogs. A group of white men also joined in the search with their dogs, and soon, they were led to Aaron Carrier, Sarah’s nephew. Despite his mother’s plea, Aaron was driven to the police station tied to the car for more questioning.

Another group of white men also seized a local blacksmith Sam Carter and toured him into admitting that he had hidden Hunter. Carter led the group to where he supposedly hid Hunter, but the dogs uncovered nothing. Nothing concrete was discovered after all the searches.

The event later escalated into something much more dangerous, which the Sheriff couldn’t handle any longer. A group of armed white men went to Rosewood and surrounded the house of Sarah Carrier on January 4. As many as 25 people were there, mostly people who were visiting her for Christmas. The white men shot at several people, including children, and burnt buildings to the ground. The attack on Rosewood and Carrier’s home was majorly sparked by the fact that they assumed the Carriers and the black community were hiding Jesse Hunter. Although Sylvester Carrier, Sarah’s husband had saved so many people in the house because he was armed, he was outnumbered in the shootout that erupted and was shot dead alongside Sarah Carrier.

The white group of men burned down black churches and white churches in Rosewood. They surrounded homes, pouring kerosene and lighting them up. Those who fled from their hiding places as the buildings were burning met their waterloo as they were shot in the face.

Statistics of People that Died in the Massacre

News on the number of people that lost their lives in the Rosewood Massacre is somewhat contradicting. This is because the Press got their stories Sheriff Walker and mob rumors. In the Carrier’s house, the official report stated that two white men and black men died. The death toll rose to eight (six blacks and two whites). Stories from survivors stated otherwise, as they claimed that more than 27 black residents were killed and the total number of white deaths far exceeded two. One of the survivors, Minnie Lee Langley whom Sylvester Carrier had protected recalled stepping on several white bodies on the porch as she was leaving the house.

Not only that, but several eyewitnesses also claimed to have seen mass Graves filled with black people. One of the eyewitnesses remembered seeing a plow from Cedar key that covered 26 bodies. However, authorities were unable to investigate these claims as most of the witnesses were dead or too feeble to lead them to the site.

The End of the Massacre

Sheriff Walker sent a message to Alachua County Sheriff P.G. Ramsey via news reporters for assistance. In quick response, many men stormed Rosewood from Gainesville to keep the violent situation at bay. Even as some people died in the massacre, some people like W. H. Pillsbury, a white turpentine mill supervisor, and his wife played a key role in calming the violence. They helped the black people escape and dissuaded the white people from joining the violence. Armed guards sent by Walker protected the black people who emerged from their hiding places in the swamps. John and William Bryce, white train conductors who wee brothers evacuated some black residents to their town, Gainesville through the train. However, many of these residents were children and women because they fear an attack from the white mob. John Wright, White General Store Owner, and his wife hid some women in their houses. This move was initiated by Sheriff Walker himself.

Even white residents of the Sumner community hid the fleeing black residents from Rosewood. They smuggled some out of town. On January 7, 1923, some white men numbering about 150 returned to burn the remaining structures in Rosewood.

Impact of the Massacre on the African-American Community

The Rosewood 1923 Massacre left many black families homeless and impacted Florida’s tourist industry. The massacre affected the image of the state in many ways. Many of the survivors deserted the village and left for other Florida cities. Many children sacrificed their education to survive by taking on odd jobs. Many Rosewood residents worked as shoe shiners, maids, factory workers, etc. There was somewhat massive urbanization.

Many of these survivors choose to keep the story of the massacre to themselves, preventing their descendants from finding out what they went through. In the state hearings, a psychologist from the University of Florida stated that these survivors who chose to live in secrecy about the event developed PTSD, showed signs of fear, and avoided socializing with the whites. For years, no black resident lived in Sumner or Cedar Key.

In 1994, the Florida Legislature passed a bill that compensated the surviving victims with $150,000 for their loss of property. This was facilitated by Gary Moore, an investigative journalist from the St. Petersburg Times who encouraged the survivors to tell their stories in 1982. By then, the massacre story had died down.

In 2004, Florida declared Rosewood a Florida Heritage Landmark and erected a historical marker along the road that named the victims. Descriptions about the violence were inscribed on the road. Rosewood descendants created the Rosewood Heritage Foundation to educate people about the famous massacre. The foundation also holds exhibit tours and presented various awards to people who helped to preserve Rosewood and its history.

The massacre led to the production of a film in 1997, Rosewood.

The Power Is Now Media is an online multimedia company founded in 2009 by Eric L. Frazier, MBA, and is headquartered in Riverside, California. We are advocates for home ownership, wealth building, and financial literacy for low to moderate-income and minority communities. The Power Is Now Media corporate office is located at 3739 6th Street Riverside, CA 92501. Ph: 800-401-8994 Website: www.thepowerisnow.com.