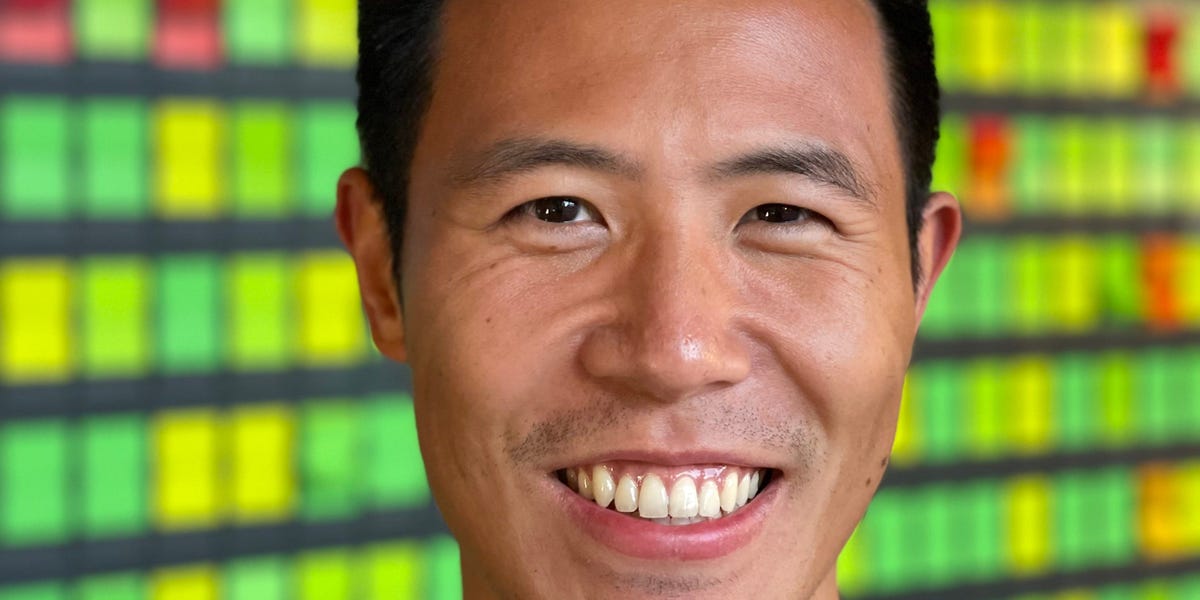 Stephen Yin bought his first investment property in 2020 when he was just 24.

He admits to “kind of falling into real estate by accident,” he told Insider. Typically based in Los Angeles for his day job — Yin has been working in private equity for the past three years — he flew home to Birmingham, Alabama at the beginning of the pandemic.

One of his friends from home reached out and asked if he’d ever considered investing in real estate. Yin, who’d been investing his money in the stock market since 2017, replied that he had not, but heeded his friend’s advice to look into the metro Birmingham market.

After doing some research, “I realized that Birmingham has one of the best real estate markets in the nation, from a returns perspective as well as from a barrier-to-entry perspective,” he said. “In a lot of neighborhoods, you can get a 3-bedroom, 1-bathroom for under $100,000 — and if you put debt on that investment, assuming a 20% down payment, you’re looking at a $20,000 cash investment to own a property.”

Having that much cash on hand is still a lot of money, he noted, but buying in a city like Birmingham is much more attainable than buying in larger, higher cost of living markets such as New York, Los Angeles, or San Francisco. Plus, if you go in on a property with a friend, family member, or business partner, you could cut your upfront costs in half.

That’s what Yin did for six of the nine properties he owns, which Insider verified. He co-owns three with one friend and three with another. And for the remaining three, he’s the 100% equity holder.

All of his properties are in Birmingham, where he grew up.

While it’s a major city in Alabama, Birmingham gets overshadowed by other populous southern cities, said Yin: “I don’t think it receives the amount of attention that it deserves because it’s surrounded by other large real estate markets like Nashville, Atlanta, and cities in Florida like Tampa.”

It may not have as many large companies and the population growth isn’t as explosive as it has been in other major cities, but he believes his hometown is an excellent place to buy long-term rental assets.

“Birmingham has a stable population, it has a couple of Fortune 500 companies, including Vulcan Materials, and housing is cheap, so the rent-per-square-foot that you can get is going to be high,” he said.

But housing prices appear to be on an upward trajectory. According to data from Realtor.com, the median listing price of a home in Birmingham is $188,500, up nearly 11% year-over-year. The median sale price in Birmingham in September was $231,000 — a healthy 15.5% bump from the same period a year prior, Redfin data shows.

Yin isn’t necessarily investing in the average home, though, purchasing lower-priced properies that be believes have upward price growth. He’s banking on his familiarity with the city to invest in up-and-coming neighborhoods.

“Having grown up there, I have a pretty good understanding of the different neighborhoods, how they’ve changed over time, and how I think they will change in the next three to five years,” said Yin, who closed on his first property in July 2020. It was a 3-bedroom, 1-bathroom home that he and his friend got for $40,000. They paid for it in cash and split it evenly. Yin had been saving about 50% of his six-figure salary for nearly three years, he noted, and had the funds available in a high-yield savings account.

He bought his second investment property in early 2021: another 3-bedroom, 1-bathroom that he got for $44,000. He also paid for this one in cash. The seven other properties he owns are financed at 20% down.

Between the nine properties he owns and co-owns, Yin earns about $3,000 a month in rental income. (That’s his “operating income,” he said. It’s net of property management fees and maintenance, but not net of insurance and property tax, which are one-time payments for him.)

He’s playing the long game, he said: “My strategy is to buy and hold. I intend to keep these properties for a long time.”

After all, “if you’re looking to buy something and double your money in six months, Birmingham is not the place,” he said. “You’re not going to see something frothy like what we saw in Austin the past two years, but it’s a place where you’re going to see steady growth over time.”

Yin is open to investing outside of Birmingham. He toured Huntsville, the largest city in Alabama with about 217,000 residents, last year, he said: “I liked what I saw. The prices are higher there. There are higher-quality houses. It’s a frothier market and could be an option for me. I’ve also thought a little bit about Mississippi. In the meantime, Birmingham will continue to be where I focus.”

He’s not buying right now, though.

“The rates are way too high,” he said, referring to mortgage rates, which have been climbing since earlier this year. In September 2022, the 30-year, fixed-rate mortgage reached its highest level since 2008. “I could still make money, but I can’t make money in the way I want to make money.”